Plant These to Attract, Keep More Deer on Your Land 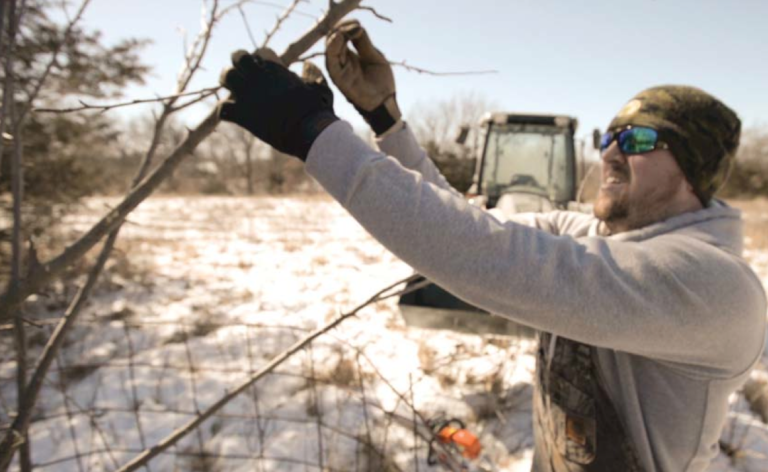 Planting fruit trees, such as apples, pears and plums, can provide hunters with a deer magnet for early season hunting.

When summer is drawing to a close and deer hunting is just on the horizon, velvet-antlered bucks cruise large agricultural fields and discs slice the ground as new fall food plots are sewn. Even the oaks begin to sag from the weight of acorns. The food sources that exist during the opening few weeks of deer season can be plentiful.

But one of the best is often the most overlooked or underutilized by deer hunters. Fruit trees can be an incredible source of attraction during the early season. And unlike crops or most food plots, they produce year after year, with little intervention and maintenance.

Far too often when people think of fruit trees they think of harvesting the fruit for human consumption. But there are many planted and “wild” fruit trees that produce irresistible deer food during late summer to early fall. So what are the best fruit trees to look for or establish when your focus is deer hunting? 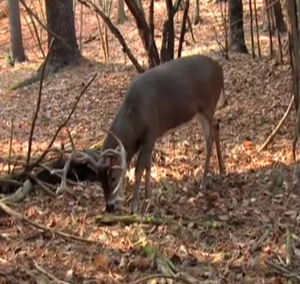 Deer feed on native browse such as acorns and persimmons where they can find them,

and often hit them hard once the high-carb mast begins falling in autumn.

NATURE’S BEST
Before we get into which fruit trees are best to plant for deer, let’s examine the many natural fruit trees that exist in the deer woods that you can search out and take advantage of during the early hunting season. One that can be targeted in many areas is the crabapple. Though not all crabapple species are preferred by deer, many native crabapples attract deer during the early season. You can often find them where they were cultivated years ago on old farmlands and homesteads.

One of my personal favorites, although it can be hit or miss, is the persimmon — the “ice cream tree” for deer. When I first moved to Mississippi I was told to find a loaded persimmon and just wait there for deer to show up. Unfortunately, when the persimmon I found ripened and the fruit fell, I was working. By the time I returned, it was nearly cleaned up! Yes, they are that good.

Somewhat less common are pawpaws. This was one fruit I always stuck close to when hunting the big woods of Pennsylvania where there wasn’t much else but ferns prior to acorns dropping. Pawpaw fruits can weigh up to 1 pound and clusters will occasionally resemble a banana bunch.

FRUITS OF YOUR LABOR
When we talk about fruit species that can be planted for deer the list broadens. One of my favorites is pears. Growing up in the Northeast I can remember seeing pears hanging on the trees long after apples had hit the ground. Those last few pears made for some great hunting.

But my next favorite planted fruit tree would be apples. They are relatively easy to establish and deer love them, not to mention they make a good snack when you’re head- ing to or from the stand!

One under utilized fruit tree for deer is the plum. It can be a little tougher to establish in colder climates because they tend to bloom early and can get hit by frost, but plums can be extremely attractive to deer during early fall.

As you begin to plan your food plots and establish tree- stand locations this hunting season, consider first locating fruit trees or even establishing some cultivated varieties. You won’t be disappointed with the results.